GEFMA-Lounge: The challenges of the Orange Campus project 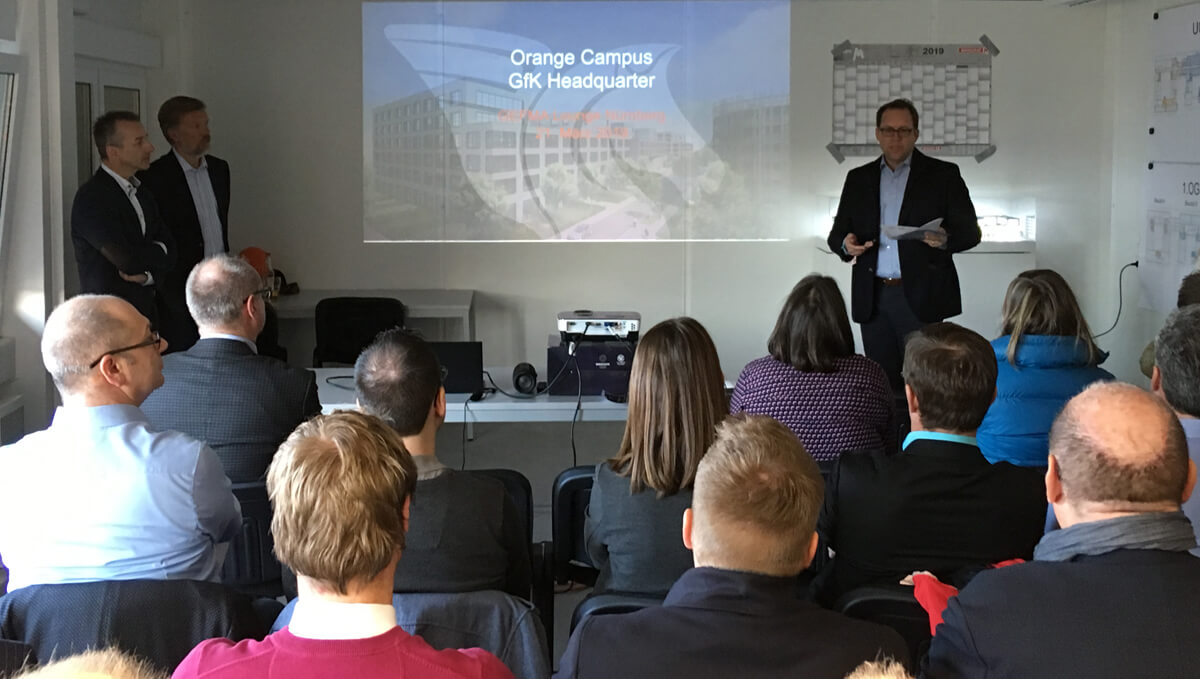 Sebastian Hölzlein, head of the Lounge Nordbayern, cordially welcomed the participants and informed them about upcoming events in the region.

Thomas Becker (Pegasus) presented the Orange Campus am Kohlenhof, the future GfK headquarters, in his lecture. The building complex with more than 50,000 m² gross floor area forms the centre of a newly devel-oping business park in the heart of Nuremberg. The highlights: A modern interpretation of the industrial character, optimum use of daylight, room automation with maximum flexibility of use, and LEED Gold certi-fication.

Wolfgang Gehlhaus (GfK) explained the special influence on the development through GfK's understanding of values with a focus on the user as well as the requirement for a digital infrastructure and modern work-place design.

Afterwards, the participants were given a look behind the scenes as part of a guided tour through the vari-ous areas such as the canteen, foyer, office and functional areas. A food truck from Nuremberg provided for the well-being of participants during the subsequent networking at this lounge. 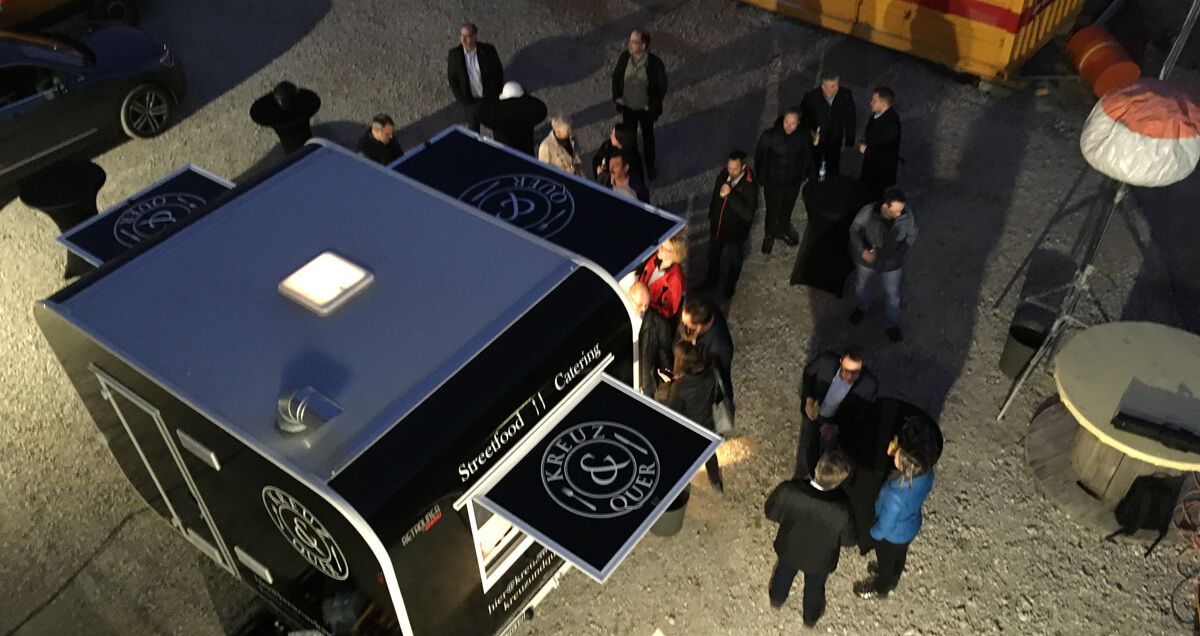 As feedback, Matthias Stottok (Gegenbauer) commented: "It was interesting, it was entertaining, it was, as always, nice to talk to clients and colleagues, the location was impressive and last but not least, the food truck was the cherry on the cake".

Get free and regular white papers and news on hot topics in the industry.